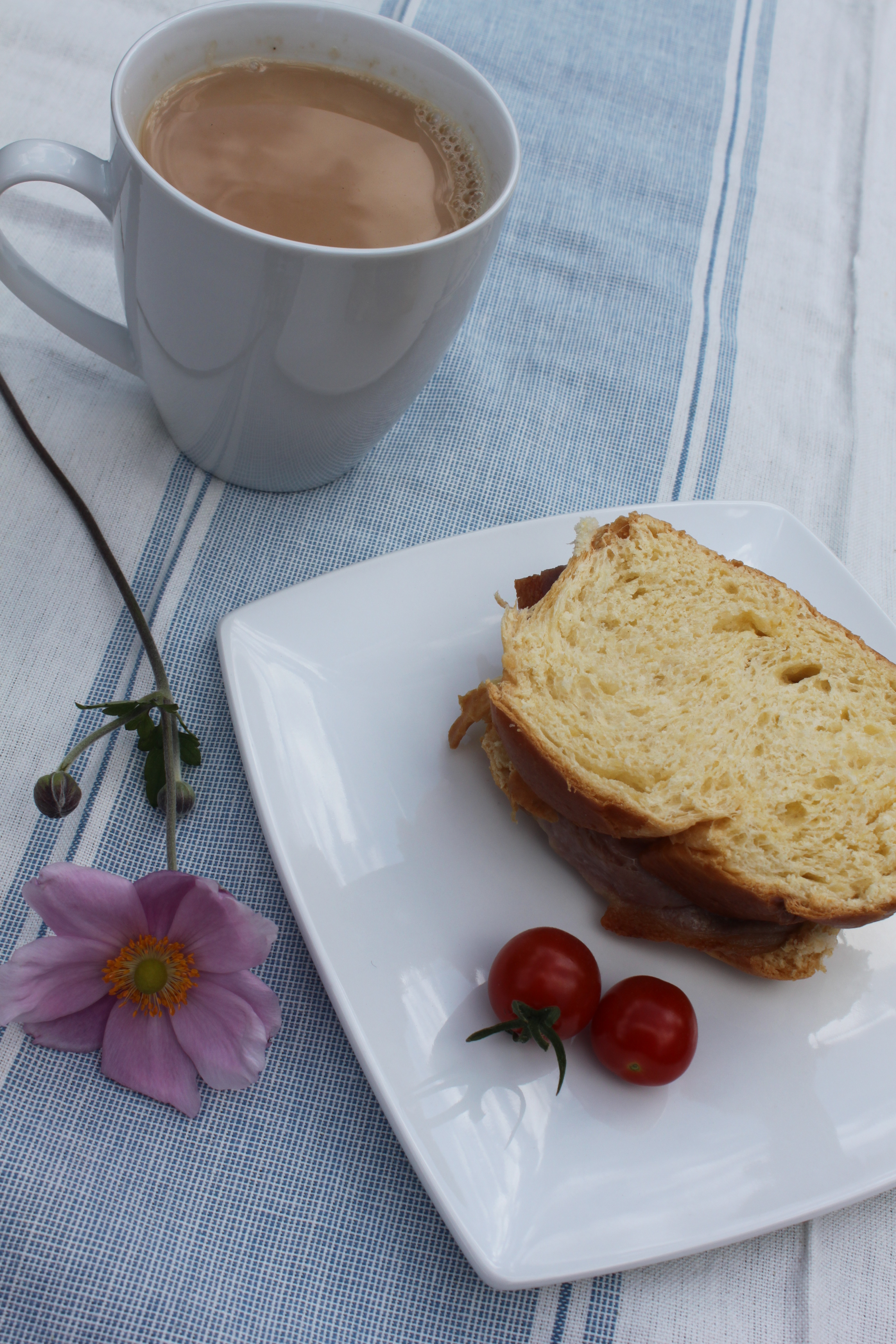 Simple pleasures – An ode to the bacon sandwich 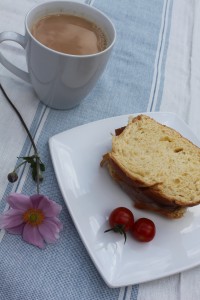 I’m not vegetarian, and probably never will be.  I don’t eat a lot of meat but I’m not sure I could give it up completely.  A simple roast chicken, a beautifully tender, melt in the mouth steak, pork crackling….they’re all just too good.  When I’ve spoken to veggie friends of mine, I’m always impressed (and slightly disbelieving) when they say they don’t miss any of that.  However, there seems to be one exception where pretty much all of them are concerned – and that’s the humble bacon sandwich.

At first, it seems such a basic concept – a couple of slices of bacon stuck between a couple of slices of bread and hey presto!  (Actually, I think my favourite ever description of a bacon sandwich came from Ina Garten on her show The Barefoot Contessa where she was doing an episode on all things English.  To explain the concept to her US audience, she said something along the lines of ‘picture a BLT without the L or the T’.  Brilliant!) Anyhow, I digress… the point I’ve been rambling towards, is that a bacon sandwich is anything BUT simple.  Just think about it… First there’s the bread.  Brown or white? Sliced? Roll? Ciabatta?  Then when you’ve got that sorted we move to the bacon.  Smoked?  Unsmoked? Thick cut or thin?  Maple cured?  Grilled or fried?  Crispy or not? THEN you’ve got the sauce to consider.  First of all should there be sauce at all?  If so, then should it be ketchup? HP? or perhaps some cheeky chutney? As if these weren’t enough decisions to contend with there’s the added complication of accoutrements. Should there be any salad?  Or maybe a gherkin or two?  Well, I’m sure you all have your preferences but if you’re looking to mix things up then here are mine…

“How do I love thee? Let me count the ways…”

(these words come from Elizabeth Bennet Browning’s beautiful sonnet – little known fact; she was actually talking about a bacon sarnie!)

I find it hard to admit this because I normally always go for brown bread over white, but when it comes to a bacon sandwich then I have to confess, I think white is a must.  Two thick slices of crusty white (preferably fresh from the oven or bakery!)

Now I love a bit of brown sauce – with a pork pie, in a cheese sandwich, yum – but NOT in a bacon sarnie.  It overpowers the bacon and just isn’t for me at all.   There are three different sauces that I enjoy with my bacon sandwich and they are tomato ketchup, English mustard (just a smidge) and chilli jam.  The latter two options add a very agreeable kick which I love.  Tomato ketchup adds sweetness which goes so well with bacon.  I should clarify here that I DON’T mean all these sauces together in one sandwich!  Ugh…

Don’t get me wrong, I’m perfectly happy with just bacon in my sandwich – more  than happy in fact.  That being said, if there are extras on offer then my inner piggy won’t allow me to say no!  I’m not bothered about any salad bits – salad has its place but that place is not in my sandwich.  The obvious bedfellows are sausage and/or egg (fried) and I would cheerfully gobble down either.  Another fave of mine is Cheddar cheese, which I put on one of the slices of bread and quickly shove under the grill to melt.  YUMMMMM….

1 white muffin (cut in half horizontally)

(photos courtesy of Pinterest as I was too hungry and scoffed my sandwich before thinking to take a piccie!)