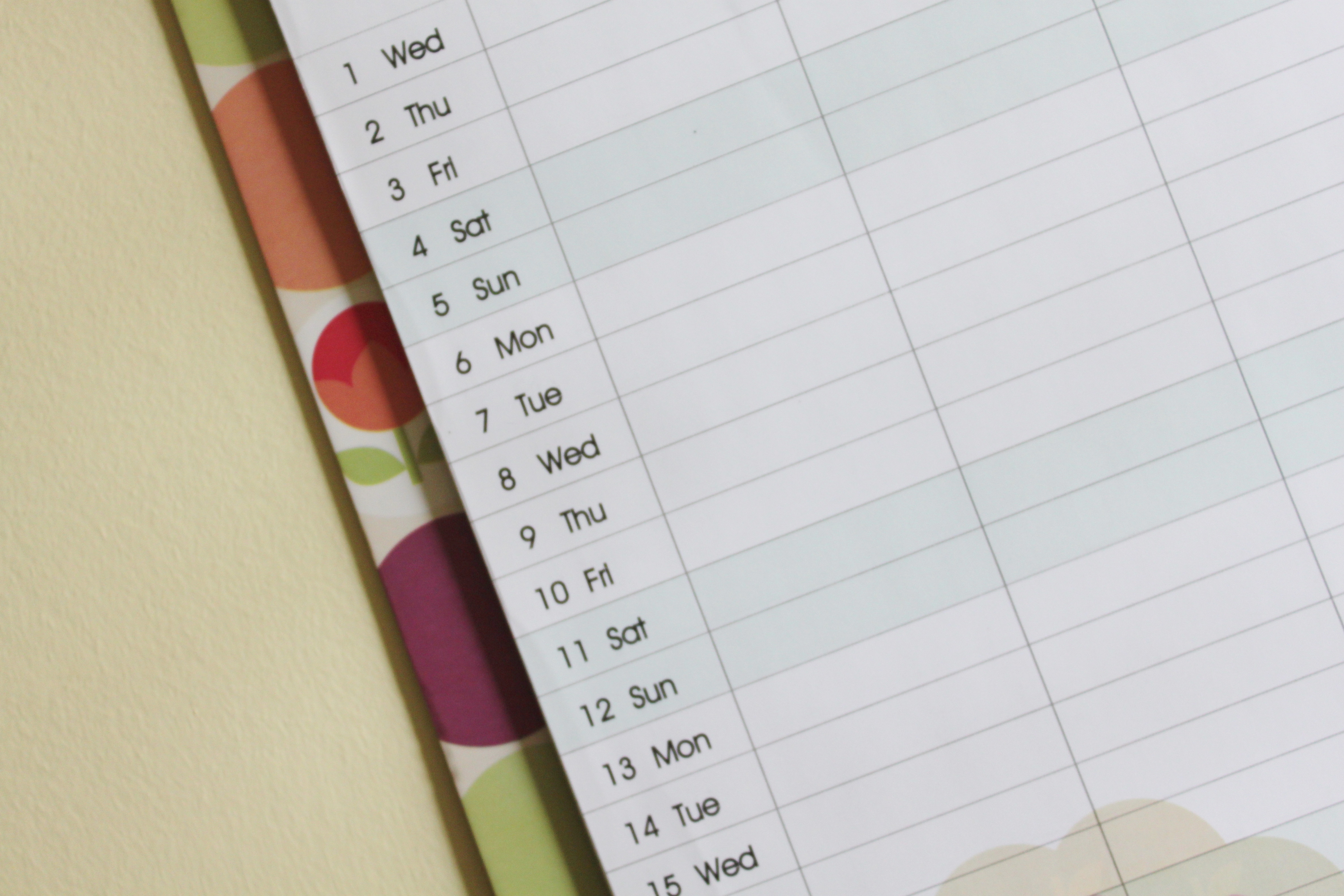 I don’t ask a lot from my weekday suppers (tea, supper, dinner – what’s it known as in your family?), just that they’re delicious, healthy, cheap, can be made with the least amount of work possible… ok, maybe that is quite a lot.. But, that should be do-able right? RIGHT!

Read on and forever more float around the weekday kitchen in a calm haze of economical, healthy deliciousness…

1) Plan your weekday suppers in advance 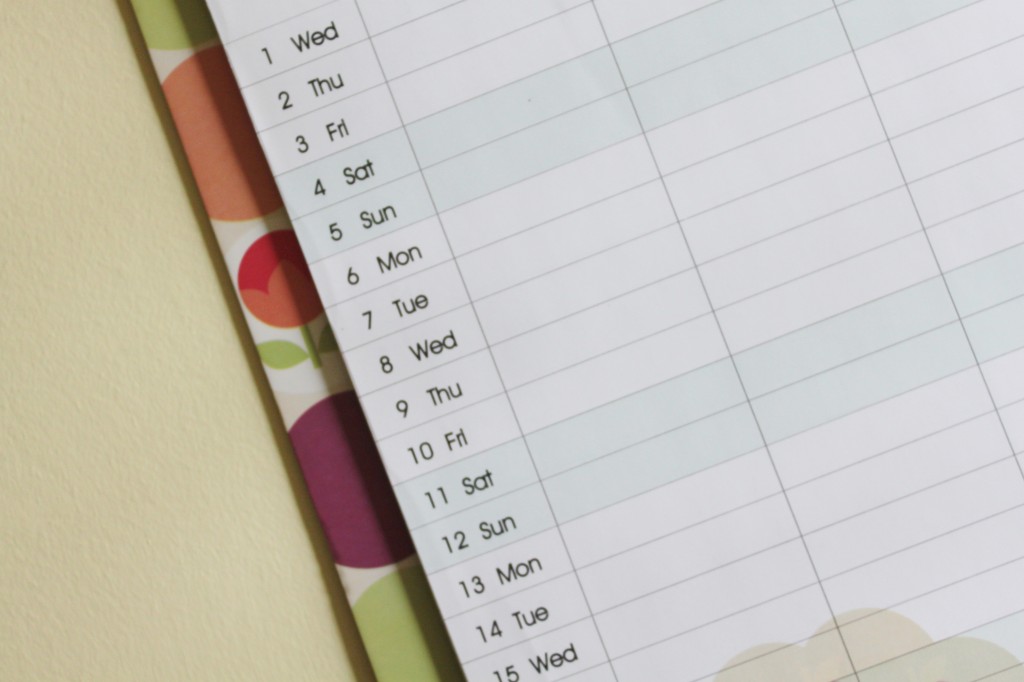 Pretty common sense, but try not to do that thing where you just turn up at the supermarket and walk down each aisle picking out meals as you go.  Chances are you’ll end up either forgetting something OR buying way more than you actually need (the latter is especially likely if you go shopping hungry – DANGER, DANGER!) Decide what meals you will be having, write a list and then STICK to it.

Now I like the odd leisurely mooch around the supermarket as much as the next person.  Having a squeeze of the fruit and a look at the random, assorted sauces on offer.  HOWEVER, for the most part, I find it is much less stressful and usually cheaper (despite delivery charges) to shop on line.  Point one still applies – write a list first to keep you focused.  No queueing, no fighting with the kids at the tills because they want sweets, no trying to find a parking space.   Just do it – you can thank me later. 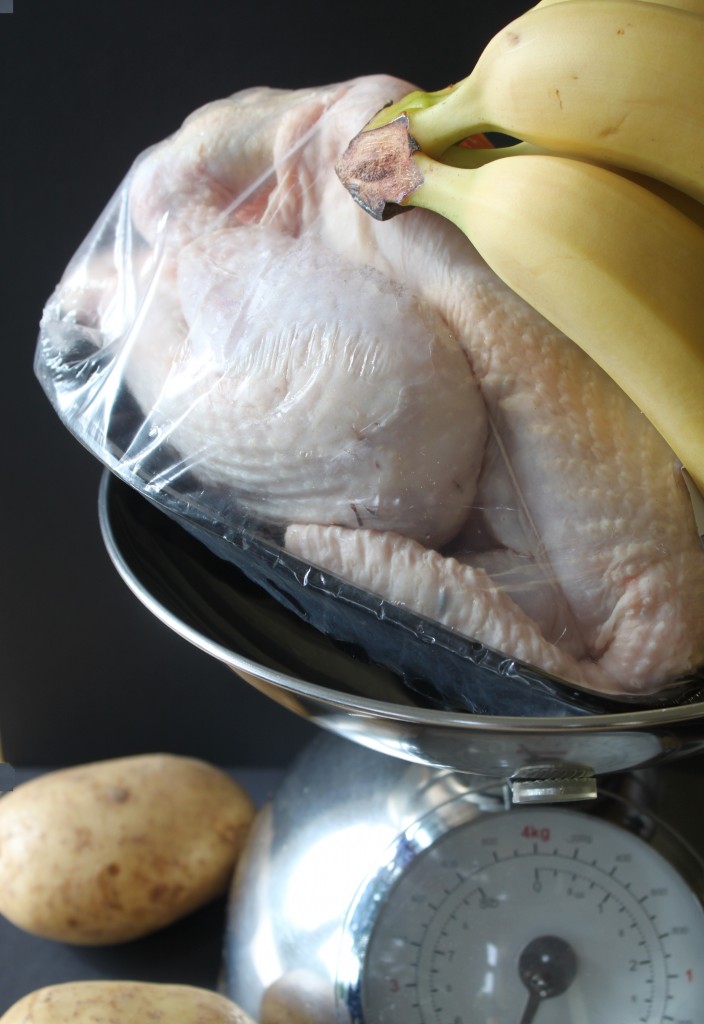 My rule of thumb (and I should stress that I am no nutritionist) is to have some form of protein (eg. meat, fish, dairy), some carbohydrates (eg. pasta, potatoes, bread) and some veg (hopefully no examples required here!) in each meal.  Good balanced weekday suppers mean that you can have a guilt free splurge at the weekend!

4) Variety is the spice of life

The beauty of planning your meals in advance is that you don’t open your groceries and realise that every meal is chicken.  It’s surprisingly easy to do!  So you may have picked some great, balanced meals but who wants meat for every meal? (actually that’s a bad example – hubby is shouting somewhere in the background ‘I do!’)  What I’m saying is, mix it up a bit.  I try to have some meals with white meat, some with red, a couple of fish meals and maybe a vegetarian meal thrown in for good measure.  In the same way, I vary the carbs and the vegetables that I serve too.  Not so much that you’re buying 10 types of vegetables each week and only using half of each before they go off though!

There are two main reasons for this – practicality and cost. Generally speaking, the bigger the pack you buy, the less it will cost per unit and the less often you’ll have to replace it.  Now, if you’ve got a teeny tiny kitchen with no storage space, this may not be practical for you but buy the biggest that you can manage with the space that you have.  Multi-packs of those ingredients that you use a lot – perhaps tuna, baked beans or potatoes.

Doesn’t sound very attractive but you know what I mean.  Where possible (and where your freezer will allow for it) cook more than you need and then freeze portions for another day.  My freezer is mournfully small so I can’t do this as much as I’d like.  We do however, ALWAYS have some frozen foil containers of my hubby’s gorgeous ragu that he whips up every few months.  A great big, simmering pot that can be split into about 8 meals for 3 of us and probably works out at just pence for each.  Added bonus – it’s so satisfying to just grab something out of the freezer and have a delicious, homemade meal in half (in fact less) the time! 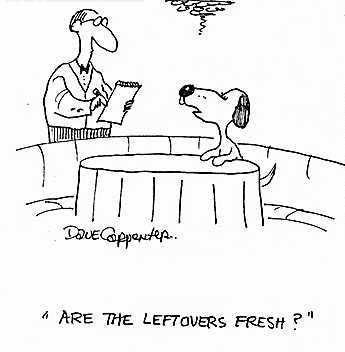 The chances are that you will be faced with leftovers at least once or twice during the week.  It’s a strange phenomenon that food, even food considered absolutely scrumptious at the first serving, will be regarded with scorn and distaste if it should reappear for a second mealtime.  There are a few ways to deal with this.  Possibly the most tempting (especially when faced with a kitchen to clear up) is to just throw it all in the bin and move on with your day (somewhere, my Mum has just felt a shiver down her spine).  I urge you to resist this temptation!  Think of the money AND effort spent on making the food and come up with a plan B.  Would it make a decent lunch to take to work or to eat at home while the kids are at school?  Perhaps it can be turned into a whole new meal?  Could it be frozen and then used at a later date?  Seriously, my Mum’s the queen of leftovers.  The woman can make one meal last a week.  Maybe I’ll ask her to do a guest post….

8) Save experiments for the weekend

I’m a big fan of variety and trying new recipes holds the same excitement for me as trying on new shoes does for other women (somehow the ‘shoe gene’ escaped me – although my eldest son must have it – at the age of about 4, we presented him with new shoes and his response was ‘new shoes? I want to sing and sing and sing!’ but I digress…).  If you’ve had a hard day at work or a stressful day with the kids, then the last thing you want to do is start trying to make something new.  It might go right, but it might not – you’re tired after all!  Keep the new stuff to the weekends when you’re relaxed and you have plenty of time.  If it’s a winner, then you can introduce it to your weekday repertoire.

9) Get the kids involved

So you’re tired and you just want to get the meal ready and have everyone sitting down as soon as humanly possible?  Then enlist help!  While you’re making the meal, perhaps someone could lay the table, or get the drinks or make a salad?  Obviously, this is only possible if your children are old enough to, you know, walk (if they’re not, then frankly, beans on toast is fast and both nutritionally and financially acceptable!) 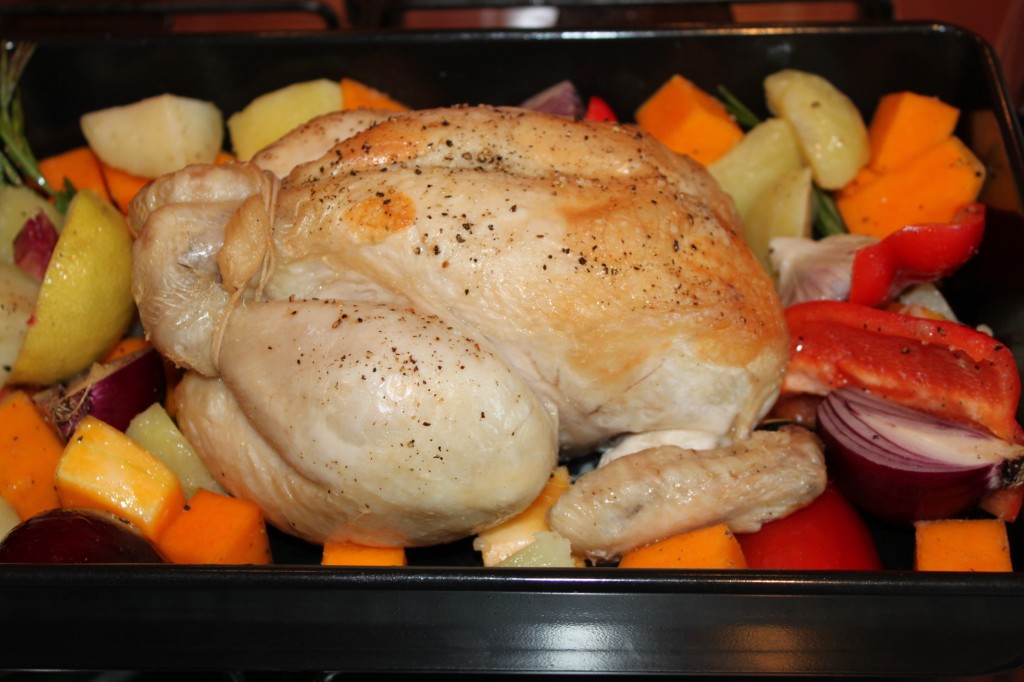 You can’t beat one pot meals.  Minimum preparation required, minimum washing up (or dishwasher loading), but maximum taste.  All those delicious flavours, mingling and enhancing each other.  Chuck some chicken thighs, some new potatoes and some red onion and peppers in a roasting tin.  Drizzle with oil, season and sprinkle with your favourite herb and then shove it in the oven.  Just enough time for a G&T while it cooks and then, DONE.  There are plenty of great one pot recipe books out there so if you’re lacking ideas then do not despair!  If you have a slow cooker, then even better!  You can shove everything in there, head off for the day and return to welcoming smells of supper that just needs serving and scoffing 🙂

Want more one pot inspiration?  Why certainly – here are some Delia Weekday Supper One Pots for you to try!

I should add one more VERY important point and that is to keep following my blog for great recipe ideas.  If you have found this useful then please do like and share it.  If you haven’t already, then I’d love it if you subscribe to receive email updates when I add a new post.  I’ll try to keep them useful and interesting, I promise!  If they’re not – let me know what you would find useful and interesting and I’ll try my best to help.

This site uses cookies to improve your experience. Read more.