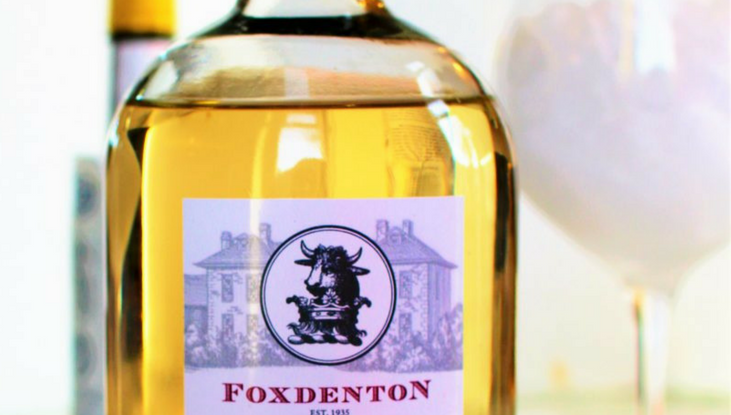 Back in the summer, I was sent a rather lovely looking bottle of Foxdenton Rhubarb Gin and asked if I would like to come up with a recipe for it to post here on my blog.  I enthusiastically agreed (being a big gin lover AND a big rhubarb lover) but then life got in the way and SEVERAL polite reminder emails later, I found myself at Christmas and the bottle, still unopened.  Thankfully, my brother has stepped in and heroically taken up the gin drinking, cocktail making mantle.  I'll leave him to tell you the rest....

Meddling with the classics can be a risky business.

However, as the film director Baz Luhrmann showed in 1996 with his award-winning adaptation of Romeo and Juliet, and the car manufacturer Jaguar achieved in 2013 following the launch of the F-Type as a successor to a quintessential English sports car, its predecessor – the e-Type, experimentation is distinctly satisfying when the results are so warmly received.

Christmas in particular is a time when altering tradition can be viewed with disdain, however, then it was that upon receiving a bottle of Foxdenton Rhubarb Gin, I found myself challenged to create a delicious alternative to one of my all-time favourite drinks, a G&T.

I delved into some distant memories from working in a cocktail bar near Leeds while at university there (Suburban Style Bar in Horsforth if anyone knew it?!) – about ten years ago depressingly – and after giving the contents of my new bottle of mother’s rhubarb ruin a good sniff, decided to add two of my favourite cocktail ingredients… 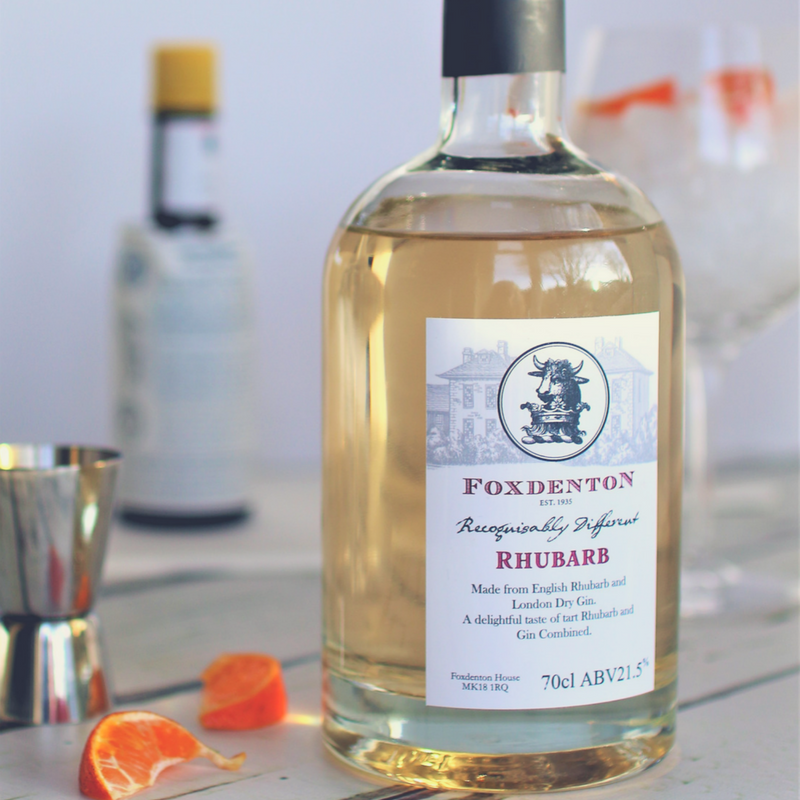 After filling a (recently acquired) G&T glass (a collins glass would work equally well) with crushed ice, I poured in 70ml of the Foxdenton Rhubarb-y goodness, followed by half a 330ml can of ginger beer, a few dashes of Angostura bitters and garnished with a slice of orange.

The mixture needs a good stir, or better still, shaken over ice in a cocktail shaker before pouring over the crushed ice; and the result? A refreshingly punchy drink that works as comfortably post-Christmas dinner as it would on a summer’s evening, sat in the garden as the sun goes down.

All that’s left is to give it a name. The temptation is to be simple and go with ‘Rhubarb Gin and Ginger’ but for my money this lacks imagination. However, after drinking two or three of these, the mind’s not as sharp as it was, so I leave it to you, dear reader…send your suggestions on Twitter and mention @EatDrinkCookUK or add it to the EatDrinkCook Facebook page.

As long as I live, rock will never die.