Oats, apple, golden syrup and just the smallest hint of cinnamon. What’s not to love about these meltingly soft, sweet apple flapjacks?

The great thing about flapjacks is that despite the fact that they’re clearly a yummy little treat; sweet and gooey like a slice of cake, they’re made from oats and so they somehow seem really rather healthy. To be clear, I’m not saying that they are (in fact, to do so would be to completely ignore the artery clogging amounts of butter and the tooth rotting levels of sugar and syrup..) – but it’s certainly easier to maintain the illusion with flapjack than with a big slab of chocolate cake. 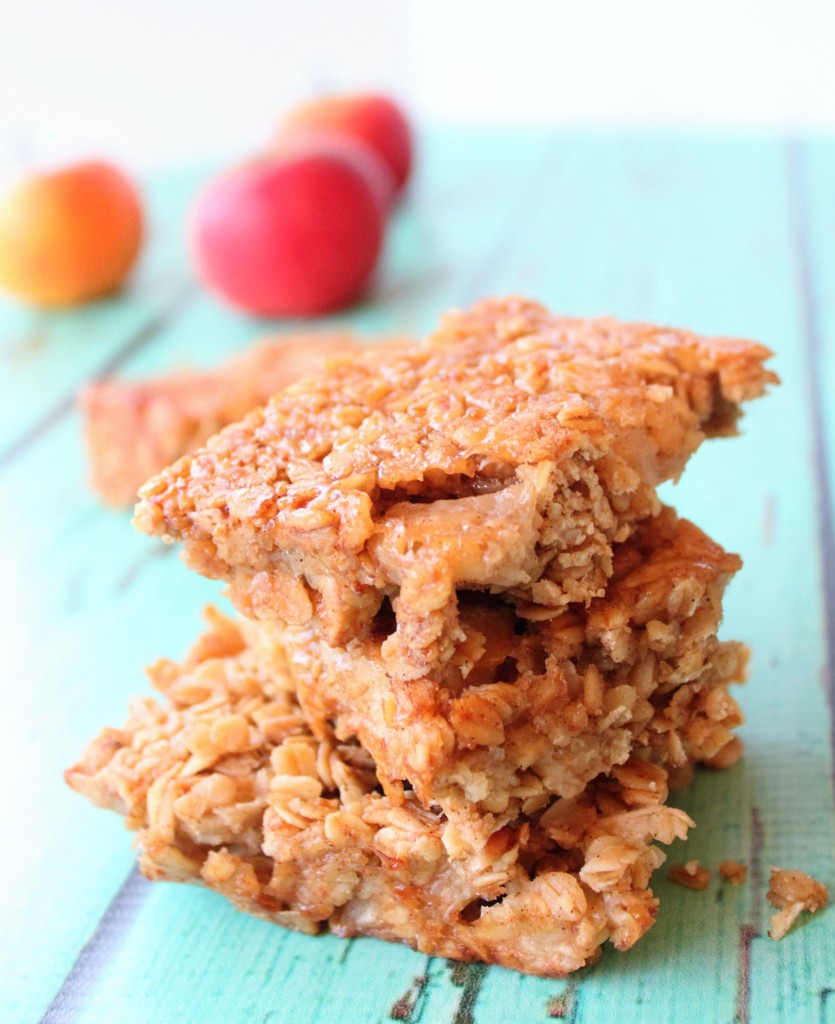 Apple flapjacks are frankly even more virtuous. They’ve got one of your five a day in them for goodness sakes! They’re practically a health food. So what I’m saying is, in this month of over-indulgence, these flapjacks are a little something which you can enjoy without too much guilt.  It’s nearly Christmas after all!

Gotta taste for apples?  I’m here for you…

Write a review
Save Recipe
Print
Ingredients
Instructions
Notes
Eat Drink Cook https://www.eatdrinkcook.co.uk/
Now, these are fab for breakfast, for pudding or just as a little something sweet with a nice cup of tea.