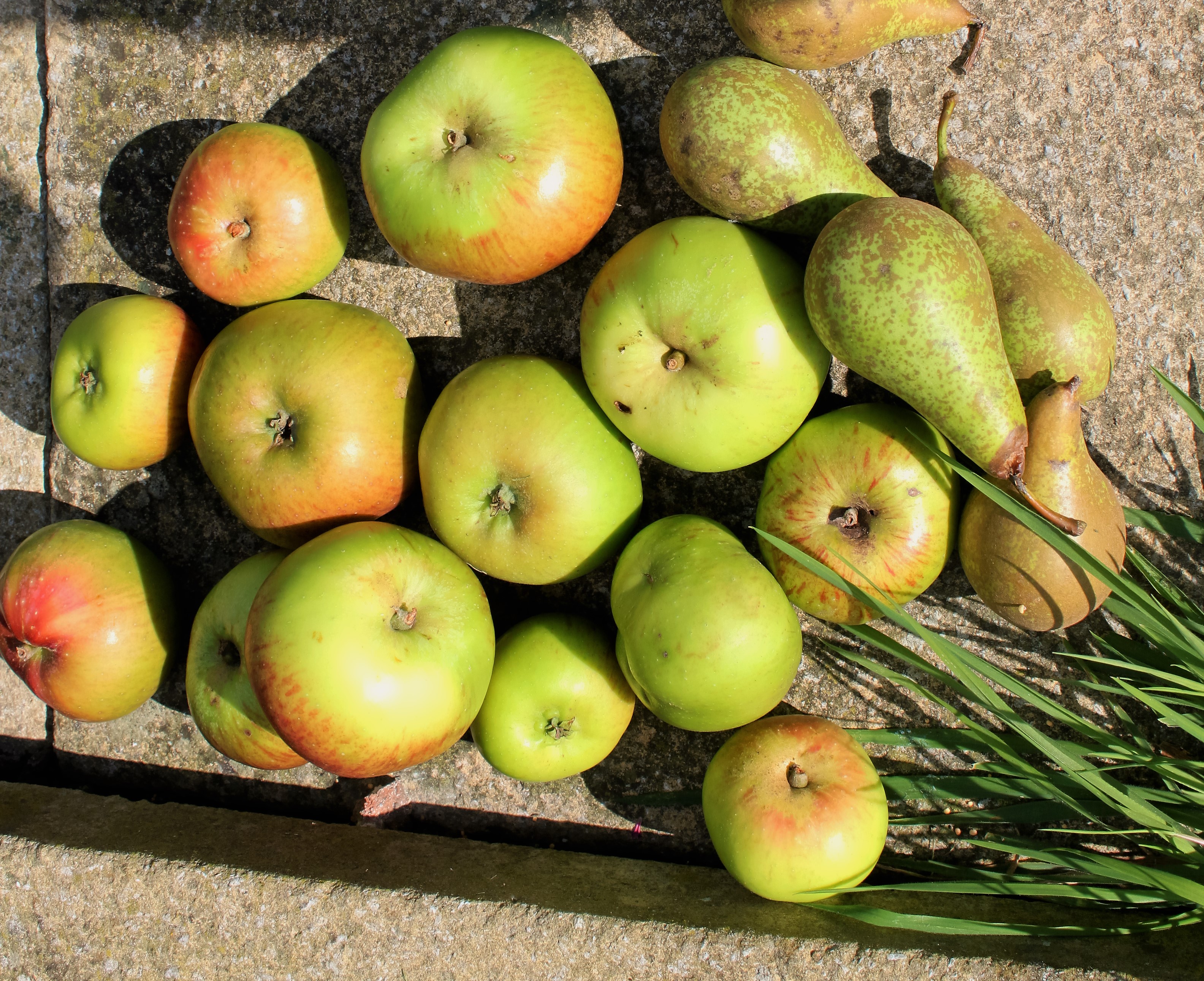 The Apples of My Eye

“For in the true nature of things, if we rightly consider, every green tree is far more glorious than if it were made of gold and silver.” 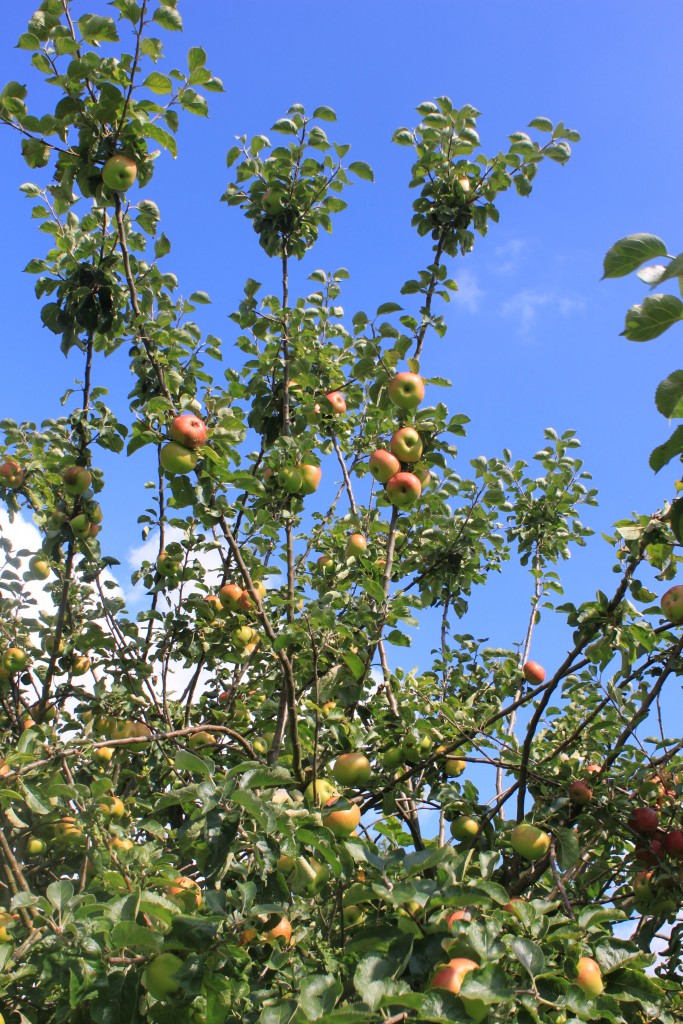 Today’s post is a little different – partly because I’ve been a touch under the weather and so haven’t made it to the kitchen much over the last week, but also because I took a trip back to my parents home this weekend and it got me thinking…

That Isaac Newton was on to something you know…

This weekend we went back to Lincolnshire to stay with my parents for a couple of nights.  It was the first time we’ve been back there since June so I was pretty excited to see both Mum and Dad, but also to be back in my old home for a few days.

It always feels like an opportunity for renewal – feeling like a child again and forgetting, if only briefly, the worries of everyday life.  I have breakfast cooked for me, sleep in my old room and sit around the dining table eating delicious food cooked by my Mum, drinking wine hand picked by my Dad and chatting about old times.

This trip was no different.  We relaxed, we caught up and we even took a little field trip to Woolsthorpe Manor, the home of Sir Isaac Newton, to learn about him and his apples. Dad engaged in some extreme scrumping by pinching one from the famous tree itself! (ssshhhhhh!) 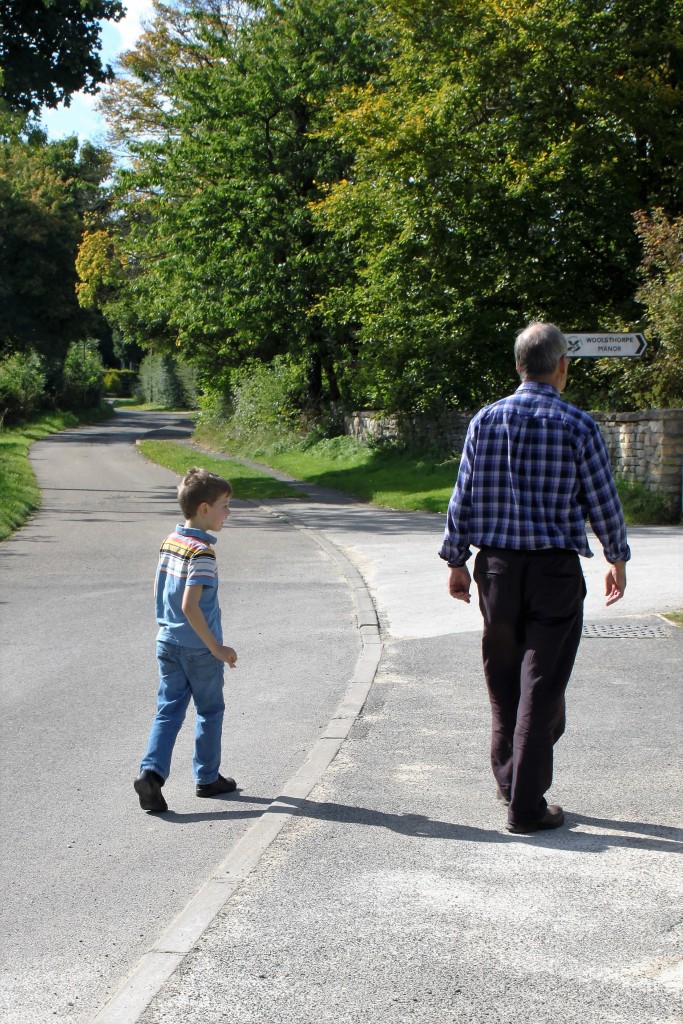 After a few apple and pear recipes? Try some of these…. 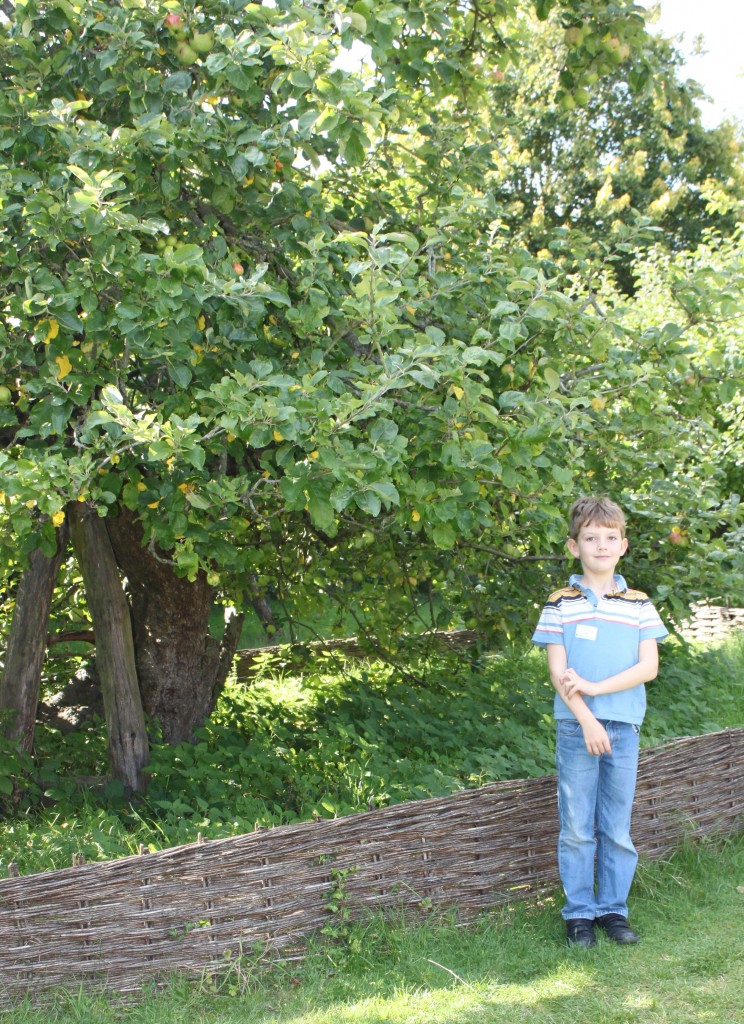 Despite it being officially Autumn, we were really lucky with the weather and it felt more like Summer. There was no mistaking the season however, when I walked down the garden to look at the fruit trees. 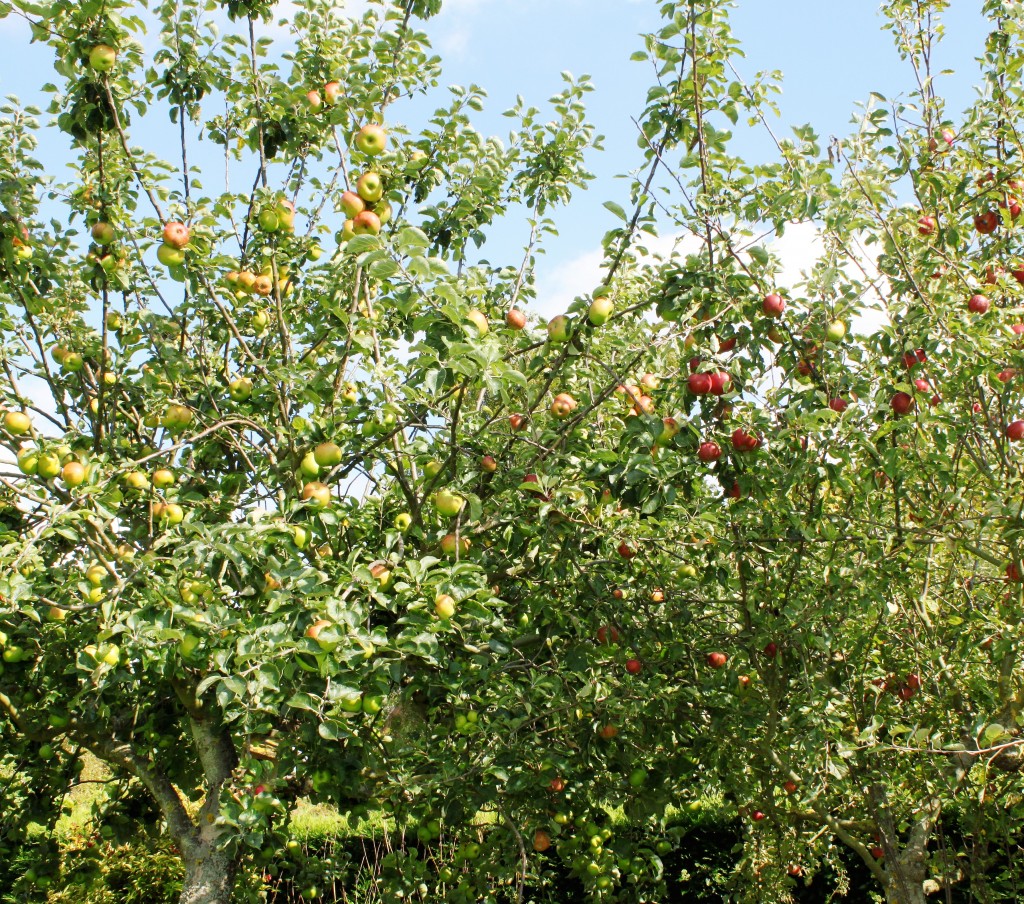 So laden with fruit, Mum and Dad’s apple and pear trees gave us three big bags of crunchy deliciousness to bring back to Nottingham with us.  You wouldn’t even know we’d touched them though, so full are the branches. 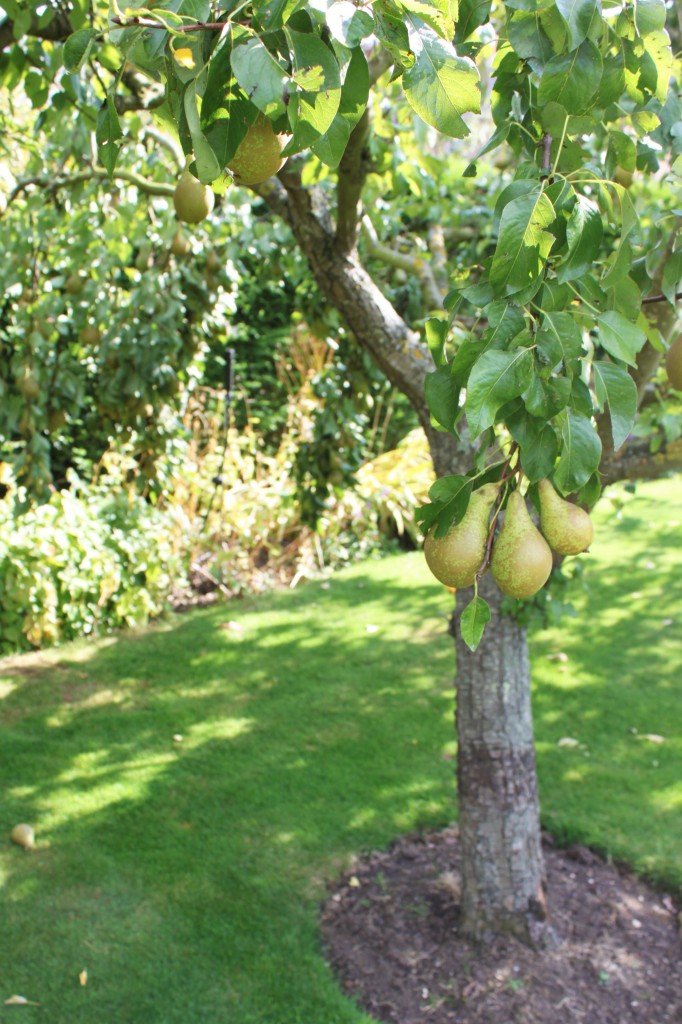 These old trees have given me so much happiness over the years…  I’ve spent spring and summer days climbing them and sitting among their branches with a book. Occasionally, forgetting the story I was reading, I would just close my eyes and listen to the leaves rustling gently in the breeze, enjoying the sun’s warmth on my cheeks. 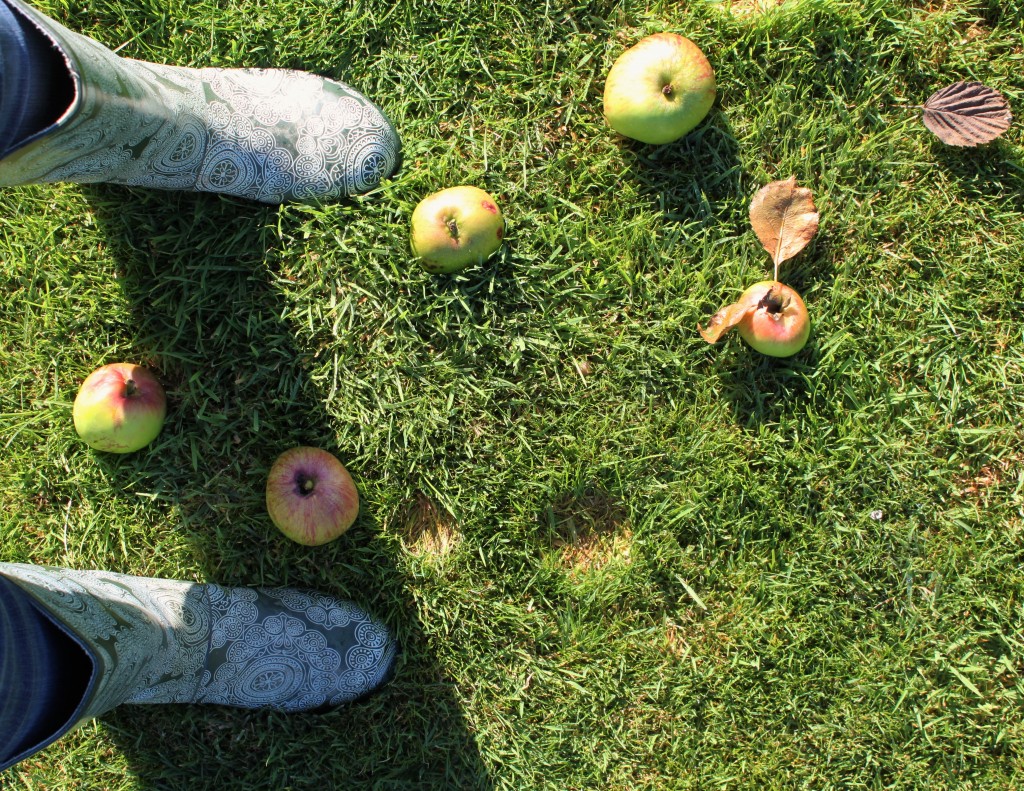 As summers have passed, I’ve picked and eaten year after year of fruit. Stewed, crumbled, or just plucked, fresh from the tree.

Then as the leaves have turned and fallen, I’ve raked and gathered and stomped and kicked. I’ve laughed and chased and rosy cheeked, returned inside for a cup of tea by the fire. 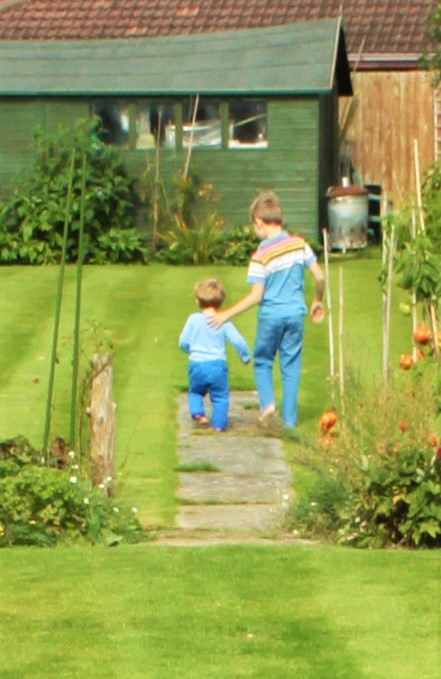 This year, the trees gave me something more. Something better. This year, they gave that same happiness to my two boys.  I watched them as they gazed up at the fruit-filled boughs, though Jacob, my seven year old couldn’t believe his luck that so many had fallen to the ground just waiting to be kicked.

Seth, at only nineteen months and newly walking, was more interested in weaving his way in and out, occasionally bending down to pick up one of the fallen fruit, examine it and then place it carefully back where he found it. 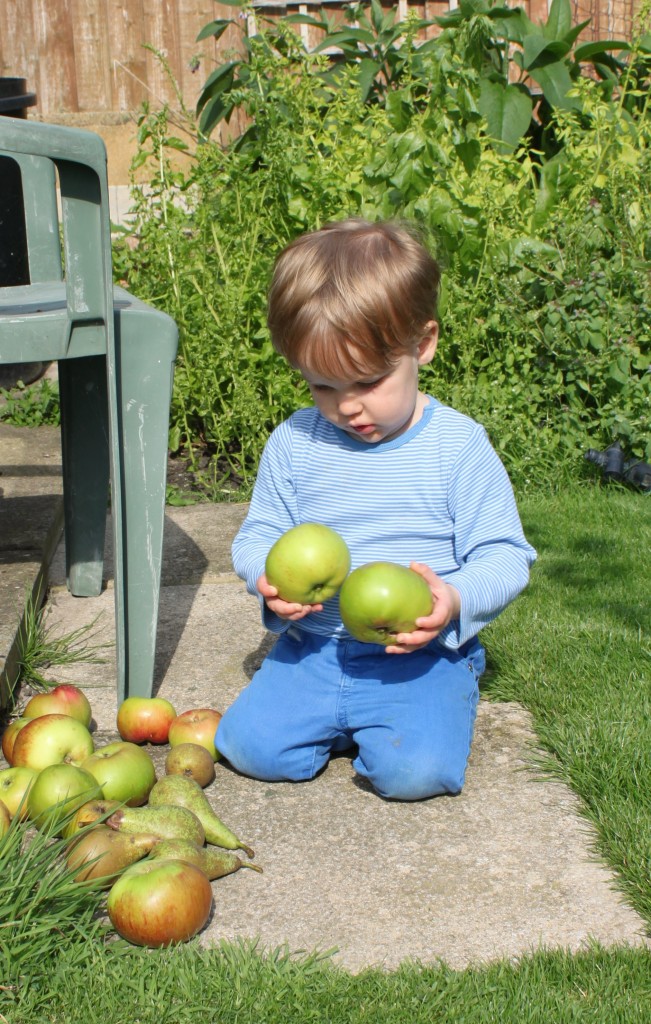 So thanks Mum, thanks Dad and thanks to your old orchard for the years of simple pleasures you’ve given to me and now to my boys. 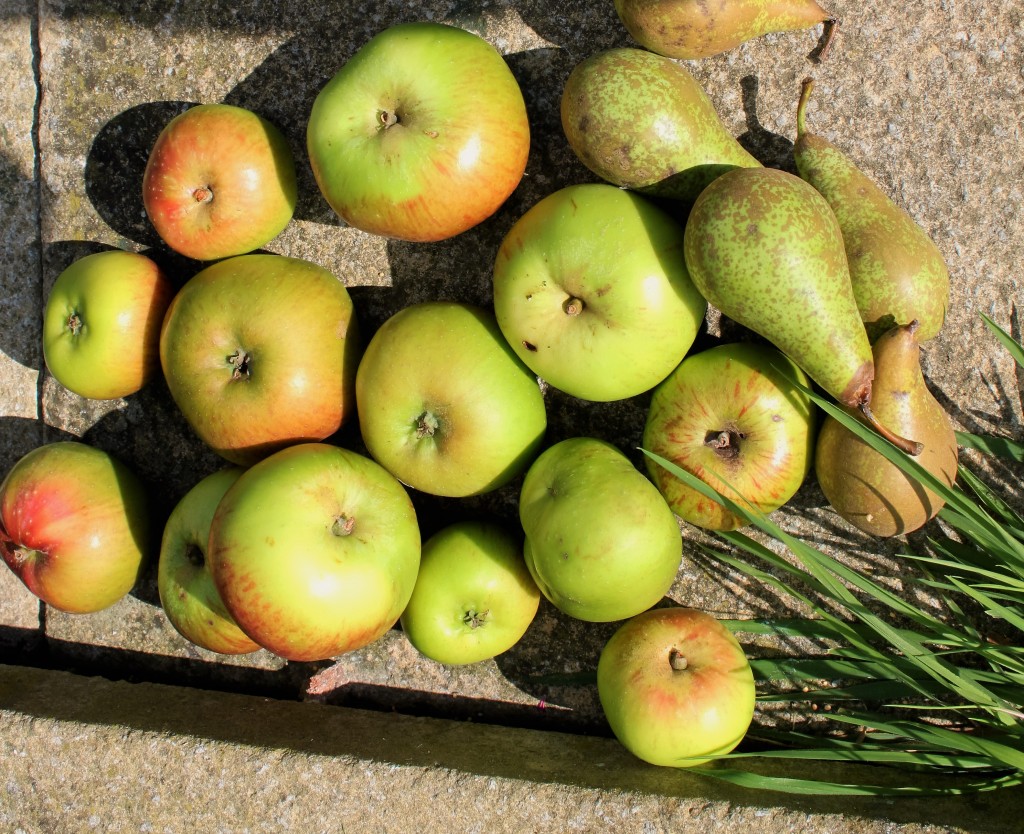 This site uses cookies to improve your experience. Read more.